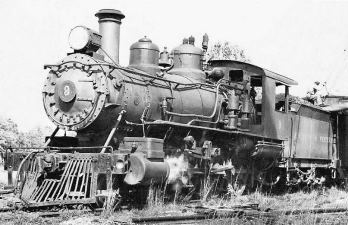 There’s been a good amount of talk lately about the possible return of passenger trains to downtown Sanford. The proposed “S Line” is envisioned as a rail line that spans the state between Virginia and South Carolina, stopping in locations such as Wake Forest, Raleigh, Southern Pines, Hamlet, and of course, Sanford. As a community that owes its existence to the convergence of passenger lines roughly 150 years ago, it’s appropriate to bring this form of travel back to the area. Of course, long before “The S,” “the A&W” played a prominent role in local commerce and transportation.

The Atlantic & Western Railroad was one of the notable passenger carriers in downtown Sanford’s railroading heyday in the first half of the 20th century. Our first image is of Steam Engine No.9, a mainstay of the railroad in the 1940s and ’50s. But the railroad had a more restrained start. Chartered by Harry Edwards in 1899, it first gained popularity in the region by taking passengers from town-to-town in trains that looked much like this. 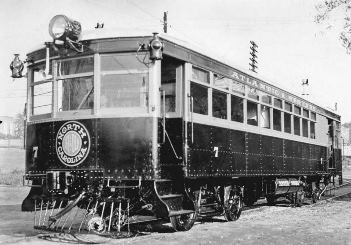 The A&W Jitney, also affectionately referred to as “the dinky” carried passengers between downtown Sanford and the Jonesboro section at the start of the 20th century. By 1907, the line had extended to Broadway. Between 1917 and 1948 folks could ride in a passenger car like this between Sanford and Lillington for 50 cents. 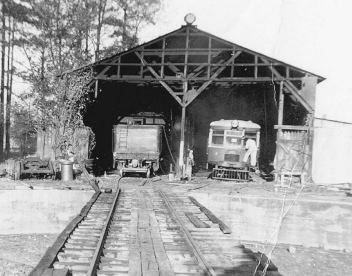 The A&W Repair Shed off of Hickory Avenue served 2 important roles. In addition to handing repairs and maintenance, the tracks that we see in foreground of this picture was the railroad’s turntable. Cars could literally be turned around and pointed in the opposite direction from this landing spot. 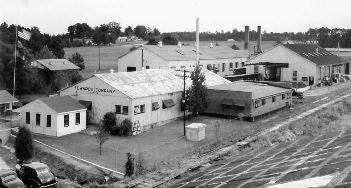 An enterprising business operator, Mr. Edwards saw an opportunity to expand into train manufacturing after World War I through the creation of the Edwards Railway Motor Car Company. This plant was built just off of Rose Street in 1922. It’s greatest activity and service to the country came during World War II, when more than 1,000 people were employed here to manufacture a variety of products to aid the war effort. 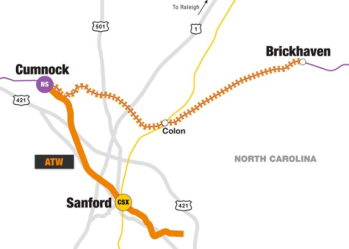 Would it surprise you to know the A&W still exists today? It does, but in a notably different capacity. Owned by the Genessee & Wyoming Railroad company, the Atlantic & Western is classified as a Class III short-line railroad. As we see on the map from the G&W website, it operates track in Lee County, where it transfers goods such as feed ingredients, steel & scrap, minerals, construction materials and petroleum products between railcars and trucks from its Choice Terminal facility in Sanford. Their service makes it possible for businesses with no direct access to Class I railroads to get their goods onto the Norfolk Southern and CSX railroad lines.