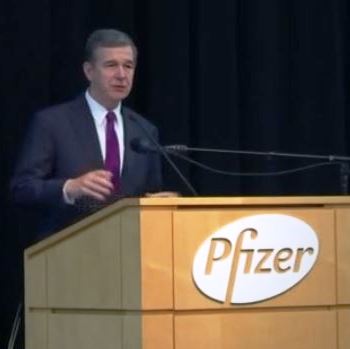 Pfizer Biopharmaceuticals Group has announced plans to create a new $500 manufacturing facility on its Sanford campus to produce gene therapies that are targeted to treat diseases such as muscular dystrophy and hemophilia. This addition is projected to add 300 new employees to the 650 workers who are already based at the facility.

The announcement, made with North Carolina Governor Roy Cooper in attendance, is the latest in a series of initiatives by Pfizer throughout North Carolina targeted specifically address the challenges of gene mutations and the diseases they create. The event served to celebrate the recent completion of phase one of the site expansion. Construction on the new phase has already begun and is expected to be completed by the end of 2022, bringing the facility’s total square footage from 25,000 square feet to 125,000.