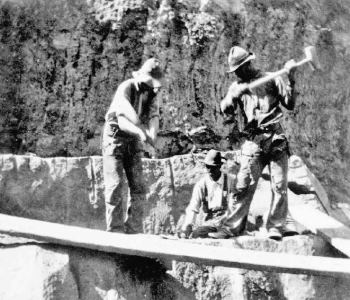 This week’s Throwback column will get about the business of “digging up” some information about Lee County’s early economic driving forces. From times dating all the way back to the 1700s and all the way up to today, the fertile earth of Lee County and the hard, physical labor that goes with it, have been a central part of the local economy. Today we take a closer look some of the industries and organizations that literally developed from the ground up, and played a role in building the area. We begin with a look at workers from the Aldrich Brownstone Company in 1897. This was the heyday of brownstone excavation in the area, and the digging we see here is believed to be from a quarry located near the present day home of Central Carolina Hospital. 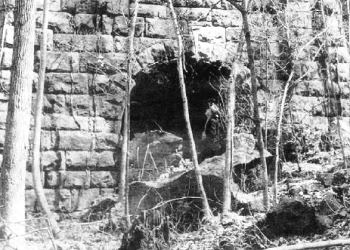 In addition to traces of brownstone, clay, shale, copper and other minerals, Lee County has the state’s largest deposit of coal, as well. Our next picture is the remnants of one of the area’s most notable historic sites. Seen here in around 1970, the Endor Iron Furnace was fired up in 1862 and its original use was to create pig iron for Confederate Armies. For a brief time near the end of the Civil War, a factory sprung up in the area and used Endor Iron to make rifles for the war effort. 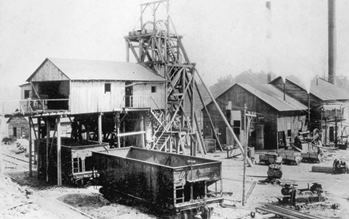 Coal mining was prominent in the area roughly between the 1850s and 1920s. In fact, this industry was the primary reason train tracks were laid and the town of Sanford was built in the mid-19th century. Much of the mining took place around Cumnock and along the Deep River, on the northern and western fringe of the county. Here we see the area outside the Cumnock Mine. 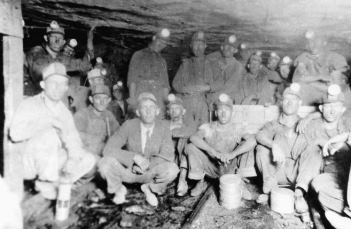 Our next image is a picture of a lunch break for coal miners 400 feet under ground, in the Egypt Mine. Sadly, our area has known tragedy associated with mining on 3 different occasions, in 1855, 1895 and 1900. Cumnock was originally called Egypt, but the town’s name was changed to end its association with the mining disasters. Cumnock was selected because is also the name of a Scotland mining town.

We mentioned the Endor Iron Works earlier. Historical records dating back into the 1760s mention iron making in Gulf on the western edge of the county. This picture of the Moffitt Iron Works dates to the early 20th century. Moffitt was founded in 1888 and spent much of its existence here at the corner of Maple Avenue and Market Street, in East Sanford’s industrial district. 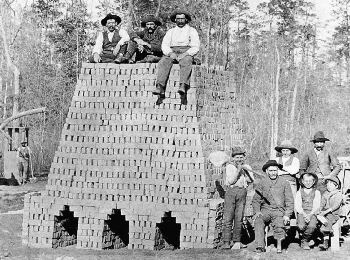 Of course, no discussion about the area’s “ground up” economic history would be complete without mention of bricks. The unique combination of sand and clay that is common in our area made it possible for Sanford to become the “brick capital.” For much of the 20th century, a large percentage of the country’s brick production came from right here in Lee County. The brick business got underway in earnest in the 1920s and much of the activity took place in the Colon part of the county. This picture is a small beehive kiln in the Broadway area.