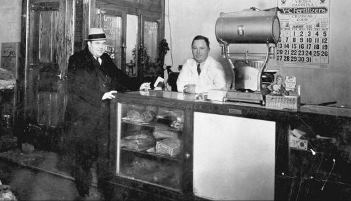 In recent months, we’ve gotten a first-hand look at the dedicated efforts of today’s grocery store and restaurant employees. This week our Throwback column will continue our recognition, with a visit some of the area’s legendary grocery stores from the past. We’ll take a few moments to commemorate these predecessors, beginning with O’Connell’s Supermarket, a downtown Jonesboro shopping landmark for nearly a century. In our first picture, we see Mr. Floyd O’Connell himself, serving a shopper in 1935. 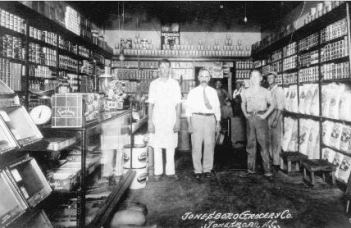 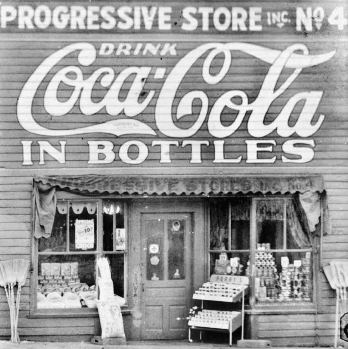 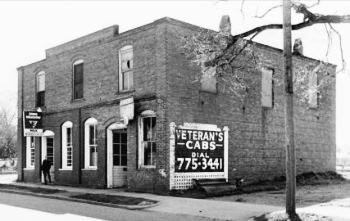