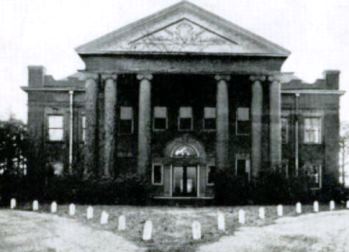 As we bring another year to a close, this week’s Throwback Thursday column features some area government buildings of the past and present, engaged in every day activities. Our tour begins with a look at the distinctive Lee County Courthouse. While the location of the courthouse outside of the heart of downtown may seem out of place today, it made perfect sense when it was constructed in 1908. Here’s why … 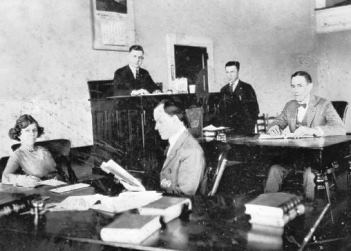 The courthouse was built shortly after Lee County was formed from portions of Moore and Chatham Counties. The goal was to place it in between the county’s two notable communities at the time … Sanford and Jonesboro. At the start of the 20th century, Sanford’s official population was 1,044. Jonesboro’s was 640. So for many years, our courthouse had the distinction of being the only one in the state located outside city limits. Of course, now this entire area between downtown Sanford and the traditional Jonesboro footprint reside within the official City of Sanford footprint. Inside the building, we have a look at a courtroom from the 1920s, with the honorable Judge Lloyd Horton presiding.

Sanford’s City Hall was built around the same time, located on Charlotte Avenue. For many years, the building also doubled as the location for the city’s fire department. We see evidence from Sanford Hose Company No. 1, stationed just outside the building in this photo from 1911. 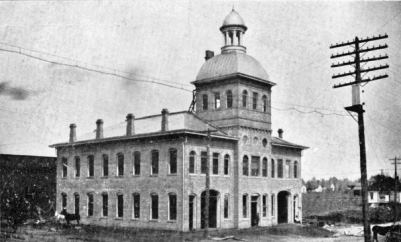 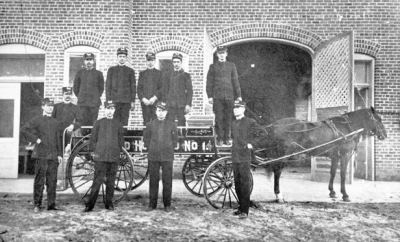 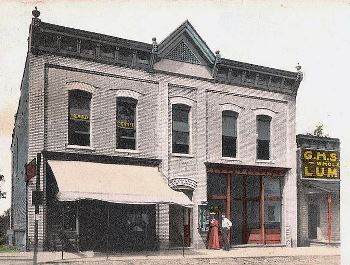 Sanford has also had a few post offices over the years. This undated photo shows the location on Moore Street that served as the US Post Office location until 1927. The building is no longer standing, but was situated near the present-day location of the Harris & Company Insurance Agency at 110 South Moore Street. 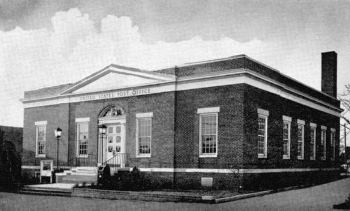 After a few transient years, the city of Sanford was the proud recipient of this new post office. Built as part of the federal government’s Works Progress Administration (WPA) in the heart of the depression, this building was the US Post Office location from 1937 into the mid-1960s, before gaining a new purpose as an office building, first for the US government, and then for the city and county. 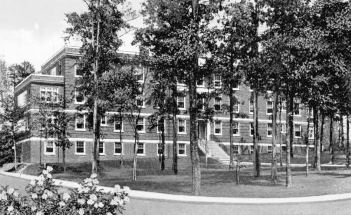 Does this next building look familiar? It’s located at the intersection of Carthage & Hillcrest and has changed a bit over the years. In this 1937 picture, it served as the home of the long-departed Lee County Hospital. The hospital closed in 1981. A decade later, this complex assumed its present role, as an office for Lee County government. 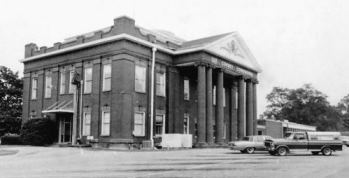 We’ll end our tour back where we started, with a look at the Lee County Courthouse in the 1950s. The building’s general appearance remained the same for several decades, until a new courthouse and additional jail facilities were constructed in the mid-1990s.