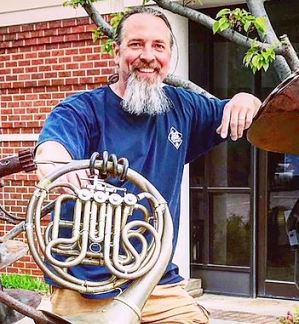 Our Welcome To Sanford Artist of the Week is Lillington resident Jason Morris. Jason is the inspirational creator of three statues that were added to Depot Park last year. The Sanford Art Commission commissioned 3 sculptural works to reflect Sanford’s railroading heritage, and the self-taught Morris was awarded the bid. Subjects include a train conductor, a railroad hobo and a piece that features a mother and daughter on the verge of catching a train. 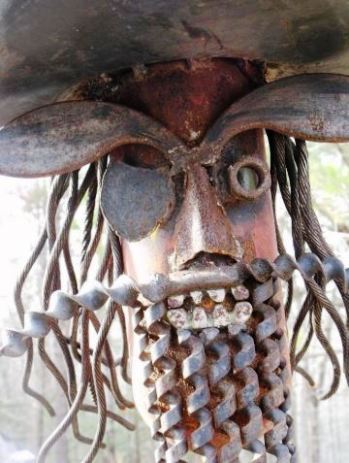 Jason is a retired law enforcement officer and began working with scrap metal in 2011. He considers himself “a self taught artist & welder with a creative mind.” Jason’s preferred subjects include characters such as pirates, cowboys and old jazz musicians, and customary materials include objects like gas cans, iron chains and car hoods.  Basically any metal scraps derived from steel, brass, stainless steel and copper are fair game in Jason’s hands.  He’s even been known to occasionally sand metal, shape it, and then let it rust a bit, to get the look he’s going for.

When it comes to his artistic process, Jason comments, “I enjoy creating new art from reclaimed materials and found metal objects. It’s my relax time when I can reach down into my soul and create something that people can relate to. When I’m the one in control grinding them, shaping them, hammering them, heating and welding them into my creations.”  Jason’s work has appeared in sculpture and art shows throughout North Carolina, in communities such as Salisbury, Fayetteville, Carrboro, Wilmington and Siler City. His art can also be found in several galleries and private collections. 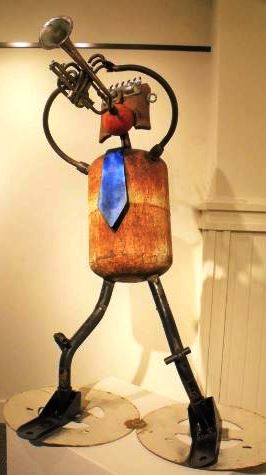 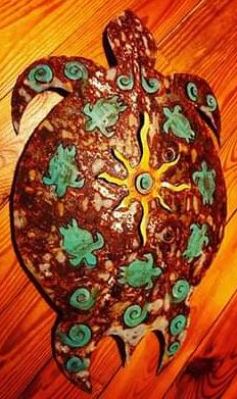 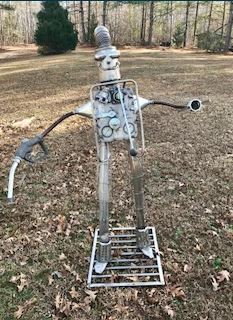 One of Jason’s very first efforts is typical of his creative and whimsical approach. He named the character “Ethan,” sort of a short-hand nickname for “Ethanol,” since many of Ethan’s parts were associated with gasoline and automotive parts.  Jason describes his creation this way … “He has a gas pump for a hand, and his head is an old car exhaust. I fashioned his body from a test pump I found at the military scrap yard. His eyeglasses are spoons, his nose is a socket and his mouth is a wrench. The long legs are exhaust pipes — which fit perfectly, right down to his decorative socks, made from upside down utensil holders.” 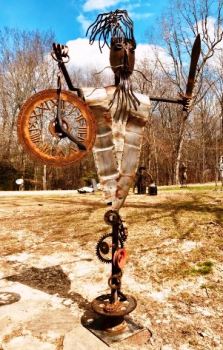 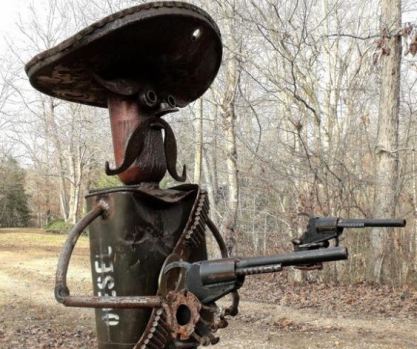