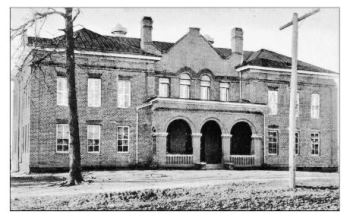 As this very unconventional start to the new school year gets underway, our Throwback column continues our visit to some earlier examples of schools and associated buildings throughout Lee County. First up is the home of what was known as the Sanford Graded School. This private school was a leading source of education for our area in the first part of the 20th century. It was located at the corner of Steele and Carthage streets and operated between 1906 and 1925. When the school was sold at public auction in 1925, its final graduating class held their ceremony at the brand new Sanford High School, which is now the Mann Center of North Carolina. 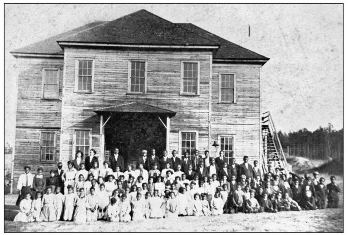 Around this same time, our African-American children were being educated at the South Sanford Graded School, a 2-story, 5-classroom structure. This school was on Washington Street. In 1924 a new principal, William B. Wicker, arrived at the school and a new school building was constructed in 1927 (and named in Principal Wicker’s honor in 1954). Lee County Schools’ newest elementary school, also named in honor of Principal Wicker, just completed its first year in operation at the same spot as the original Wicker School. 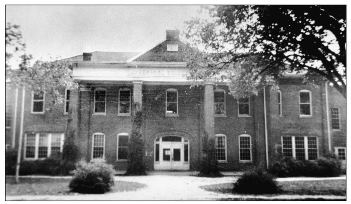 Our next stop takes us down the road to Jonesboro Heights, where students attended the Jonesboro Graded School. The community built a brick building for its children in 1911 to replace the original framed building. Here’s a look at the school in 1935. In 1952 older Jonesboro students began attending the new Sanford Central High School. 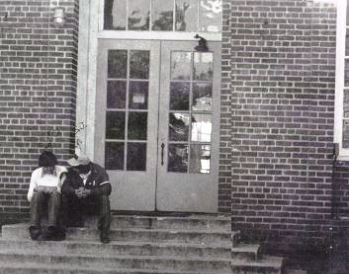 “Sanford High School” evolved to become Sanford Central in the 1950s and eventually became the home base of the area’s only public school in 1978. In that year, the county’s 4 community-based high schools merged to create the new Lee County Senior High School. Here is a look at a few folks on the front steps at Greenwood High School in 1976. 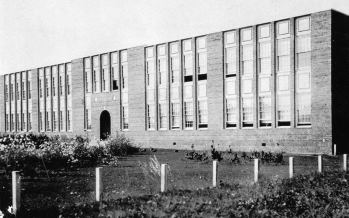 Prior to the big school merger, the county was home to Sanford Central, Greenwood, Deep River and Broadway high schools. Here’s a look at the school in Broadway. It was built in 1926 and located right on Main Street. Sadly, this version of the school was lost to fire on January 3, 1963.