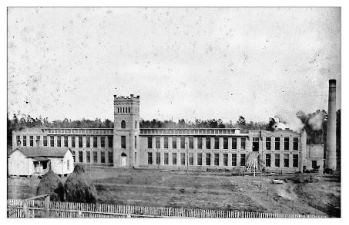 In the eyes of many, the City of Sanford is enjoying a business resurgence. In many respects, it’s just the latest in the economic ebbs and flows we’ve experienced for over 150 years. Let’s look back at some Sanford’s big business names of the past.

Cotton and textiles were always a pivotal part of the economy of central North Carolina.  Sanford Cotton Mills (upper left) was founded right around 1900. One of its most popular products was a bed sheeting line called Father George. At its peak, the company had approximately 250 employees. This building was lost to fire in 2002. 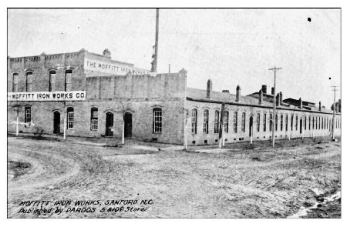 This large building in the East Sanford Industrial District was the home of the Moffitt Iron Works from 1888 into the first part of the 20th century.  This is at the corner of Market and Maple.  Years later, the property was taken over by the Roberts Company, a textile manufacturer. 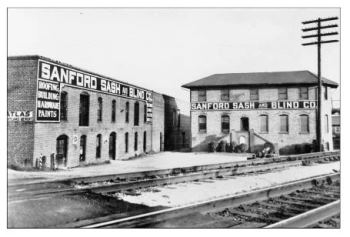 A few years before Moffitt opened for business, the Sanford Sash and Blind Company was founded. Major John Scott and John Makepeace were the founders in 1882. They used timber wood from the area to make blinds, sashes, doors and dressed lumber. 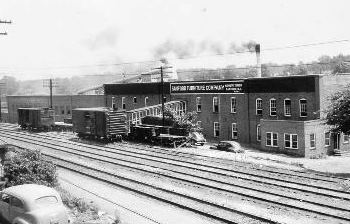 For a large part of the 20th century, the building on the other side of the tracks was one of the region’s biggest employers.  Founded as the Fitts-Crabtree company, this manufacturing plant became Sanford Furniture Company in the 1930s. In 1940, the company acquired the old buggy factory building. Shortly afterward, the buggy factory was converted to manufacture products needed for World War II. 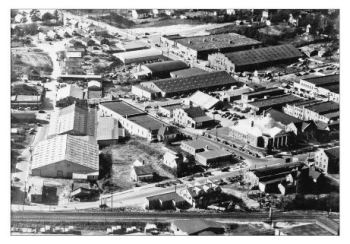