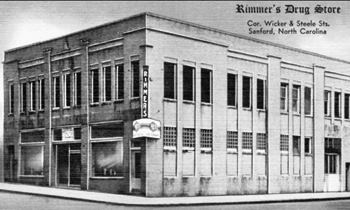 As we reach the one-year anniversary of the nation’s first major pandemic in over a century, it seems like a good time to take a closer look at some of the places and people who served as stewards of the community’s good health well into the past.  This week let’s look in on some of the region’s vintage health and wellness practitioners, beginning with Rimmer’s Drug Store, a predecessor to Mann’s Drug Store at the corner of Wicker and Steele Streets. This building, constructed in 1927, also hosted offices for lawyers, doctors and other professionals, as well as the Sanford Post Office from 1927 to 1937. 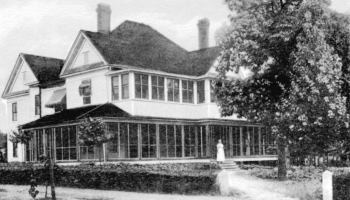 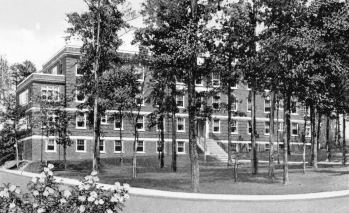 Central Carolina Hospital has been serving the community for over a century, including its time in this location on the east side of town at the intersection of 4th Street and Maple Avenue. This building was constructed in 1907.

From 1931 to 1981, Lee County Memorial Hospital “operated” in this facility on the west side of Sanford, at Carthage Street and Hillcrest Drive. The building may look familiar to you. In 1991, the Lee County government gained control of the building and uses it to this day. 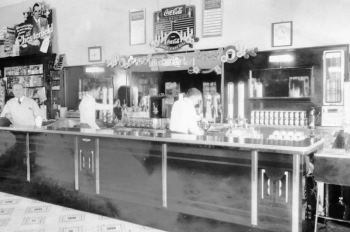 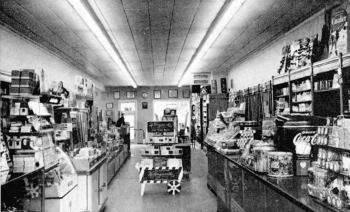 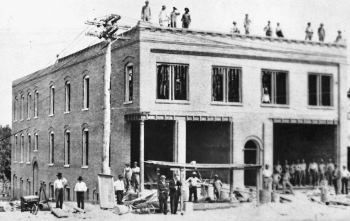 Finally, we make a stop at a long-standing building that’s gained a new lease on life in the past few years. The venerated Lutterloh Building at the corner of Chatham and McIver enjoyed a recent renovation, compliments of owners April & David Montgomery. In it’s new iteration, the Lutterloh includes 6 upscale apartment units, as well as one Air B&B short-term rental space. This image however, displays the original construction crew that first erected the building in 1909. The Lutterloh building is named for Dr. Issac Lutterloh, who set up his practice here. His brother Thomas operated a drug store in the building for a time as well.