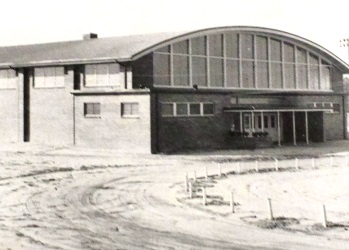 We’re drawing to the close of a high school basketball season like no other.  At Welcome to Sanford, we commend players, parents, coaches and supporters for making it through this unforgettable season.  Let’s also use this occasion to look back at a collection of some of Sanford and Lee County’s legendary basketball seasons that were unforgettable for much more encouraging reasons.  We’ll begin with a journey nearly 70 years in the making and time travel to 1952, when the Sanford Central Yellow Jackets christened their brand new gym. 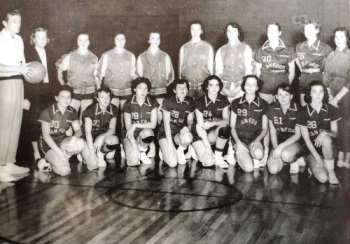 A number of outstanding teams and players have taken to this floor over the years, but it’s fair to say that the very first great team in the new building was the 1952 girls basketball team. Pictured here, the Lady Jackets posted a stellar record of 18 wins and 4 losses. 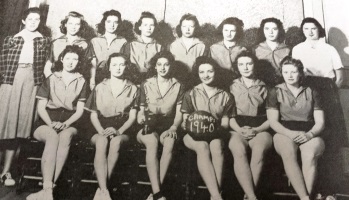 If we travel back an additional dozen years, we have the opportunity to be in the company of one of the first truly outstanding girls basketball teams in the area. The Sanford girls team of 1940 dominated play, earned a league championship and posted an undefeated season, with a record of 17-0. 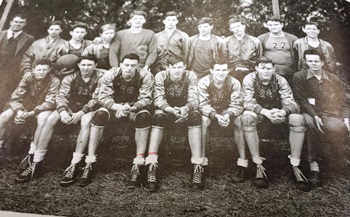 The early 1940’s were also an exceptional time for boys basketball in Sanford. The 1943 team pictured here won 19 games and lost 4, including the state championship game.

Two seasons later, the 1944-45 team returned to the state finals where they lost to Mineral Springs from near Winston-Salem. A year later the basketball team advanced to the eastern finals before falling to Greenville.

Just over 25 years ago, the county’s only public high school at the time enjoyed a blue ribbon season in basketball, both for boys and girls. Competing in the Raleigh-based Cap-7 Conference for the first time, both teams more than held their own. The 1993-94 boys tied for the conference championship and placed 3 seniors — Anthony Toomer, Tony McKay and Todd Gilmore — on the all conference team. The girls honored their retiring coach Carolyn Fowler by notching a 16-3 record in her final coaching season. Tanisha Adams and Amy Todd were all conference selections. 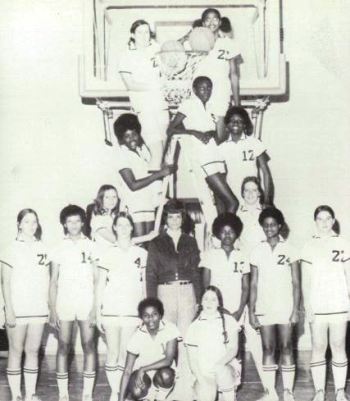 Our final stop takes us to a successful girls’ team from 45 years ago … a time when the county still had FOUR high schools (Sanford Central, Broadway, Deep River and Greenwood). The 1974 Lady Hornets from Greenwood High under Coach Linda Temple won nearly 75% of their games and barely missed the district playoffs. Team captains were Rosalyn Raeford and Nancy Cooper.